Playing Stonehenge at the Summer Solstice!

I am delighted to announce that I will be playing at the Stonehenge Summer Solstice this June! I will be joined by my wonderful Elemental dancers for a 60 minute LED show on Saturday, 20th June at 4pm, AND we will be also be performing a fire show on each night of the festival - all four evenings! We are incredibly excited for this, as I'm sure you can imagine! Stonehenge has long since held a mystical fascination for me due to its amazing history and its symbolism for the Pagan community. I visited it for the first time in August 2018 and felt such a feeling of calm and grounding near the stones.

The Summer Solstice festival has been running for several years and is now a staple attraction in the area. The solstice is a very magical time in itself - the point where the sun is highest in the sky, marking the longest day and the height of summer. It is believed that Stonehenge, like many ancient monuments, was designed specifically to align with the sun during the solstice, so to be there at this point in the year, is sure to be a magical experience! Please come and join us! Tickets are available from www.solsticefest.co.uk 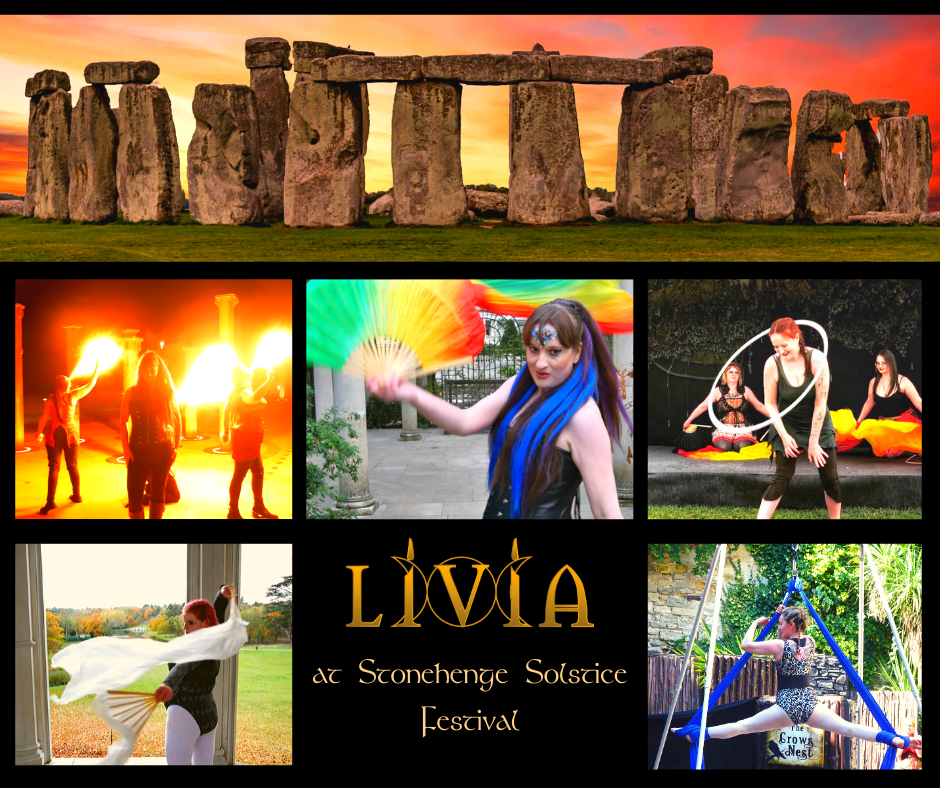